We are proud to be owned and operated by current and former police officers. Meet the team of wealth managers and Ramsey solution master trained financial coaches* that will help take you from aimless to on the right path to a strong financial future. 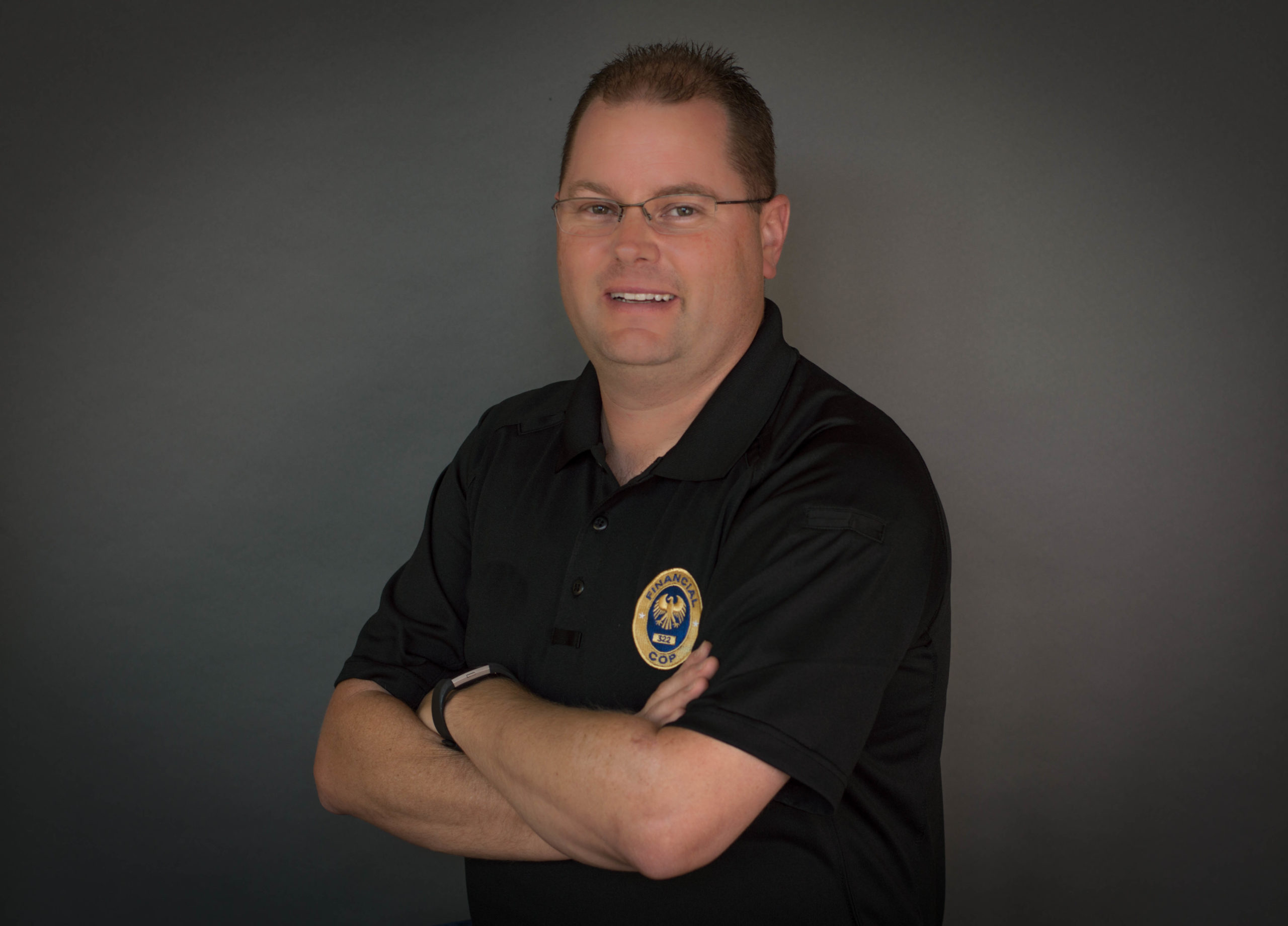 Nick Daugherty began his career with the Grand Prairie Police Department (GPPD) in 2003 serving as a patrol officer, school resource officer, and underage alcohol and drug task force officer. In 2012 he was promoted to the rank of Sergeant where he served as a patrol sergeant, field training supervisor, fleet coordinator, criminal intelligence unit sergeant. Additionally, Nick holds a Master Peace Officer certification and a TCOLE instructor’s certificate. He semi-retired in August of 2017 and continues to serve as a reserve officer for GPPD. During his career he was awarded numerous honors and accommodations, including a lifesaving award, as well as being named officer of the month 4 times, Jim Thorne Officer of the year 2 times, and Sgt. Gregory Hunter supervisor of the year award.

At a young age Nick did a lot of irresponsible things with money partaking in “stupid tax” purchases (the art of buying toys that you can’t afford using plastic). Before he knew it, he had accumulated over $80,000 in consumer debt, most of which was wrapped up in car stereo equipment, cars, and just plain ole stuff. He was tired! Tired of being in debt, and tired from being stuck in the overtime cycle just to keep afloat!

He quickly realized that he needed to educate himself on personal finances and work to get out of the hole he dug himself into. He was introduced to the Dave Ramsey show and became an avid listener, supporter, and believer of the Total Money Makeover Program’s 7 Baby Steps to financial freedom.

He worked over a thousand hours of overtime, and sold a bunch of stuff, to be able to scream out to the world “I’m debt free” on March 7th , 2007!  A graduate, and coordinator, of Dave Ramsey’s Financial Peace University, he is also a certified Dae Ramsey Solutions master trained financial coach* and has coached hundreds of first responders through financial crisis.

In 2012 he created a revolutionary financial wellness class for GPPD, “Building Financial Strength in First Responder Families” that has been taught to over 10,000 first responders nationally. 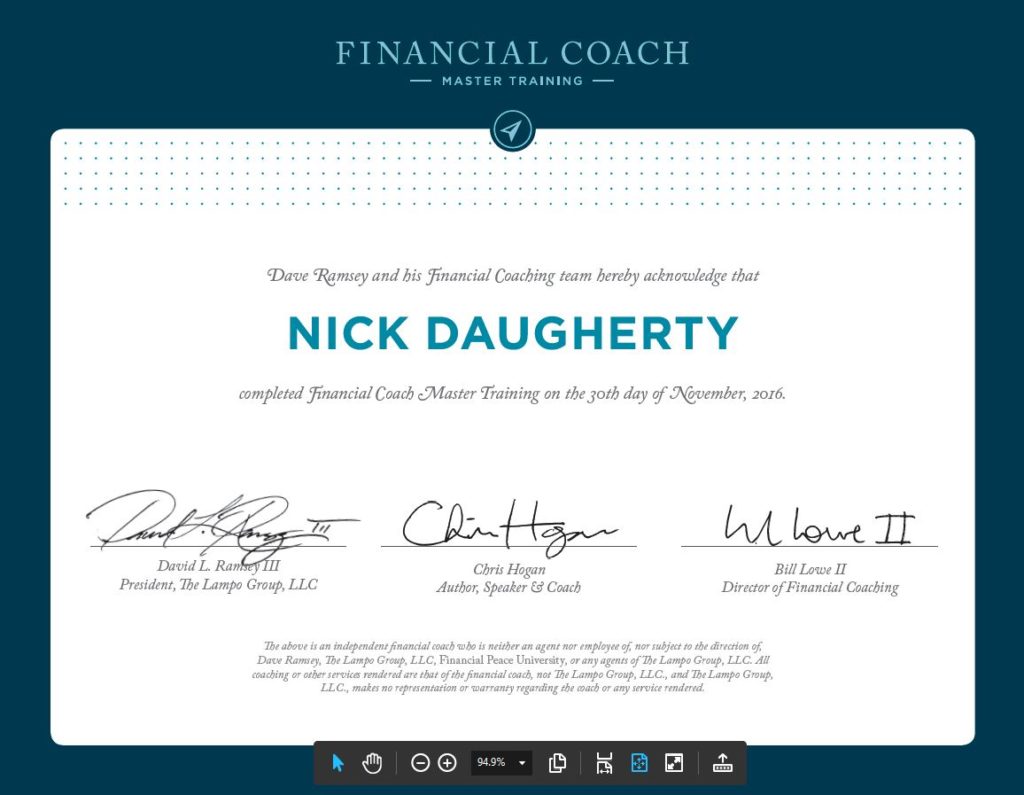 Nick also serves in various volunteer capacities nationally including the nonprofit www.serveprotect.org as an “A-Team” member as a financial wellness coordinator and crisis coach along with serving on the Texas Police Chief Association Officer Suicide Committee, focusing on the financial wellness impact in regards to officer suicide / PTSD.

*Completion of Dave Ramsey’s Financial Coach Master Training does not create an employment or agency relationship with Ramsey Solutions or its affiliates; it does not constitute an license or credentials to engage in legal, tax, accounting, investment, or other professional practice; nor does it constitute an endorsement or recommendation of the Coach by Dave Ramsey.

Are you ready to take control of your financial future and secure the retirement you deserve? 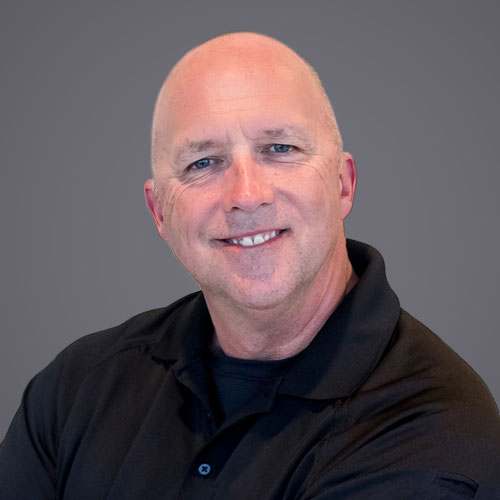 Mike Parker began his career in law enforcement in 1988. He joined the Mesquite Police Department in 1990 and served as a patrol officer, field training officer, and detective. He was promoted to sergeant in 2006 and served in patrol and criminal investigations until he honorably retired in 2020 after 31 years of service. He holds a Master Peace Officer certification and a TCOLE instructor’s certificate. Mike also teaches several classes for Mesquite PD, including financial planning courses for academy cadets as well as veteran officers. During his career he was awarded numerous awards and commendations to include two lifesaving awards, a certificate of valor, certificate of merit, and City of Mesquite Employee of the Quarter. He has served as a mayor, and council member for the city of Crandall, Texas and Post Oak Bend, Texas. He also served on the advisory board for the City of Mesquite Deferred Compensation Plan and on the board of directors as a regional director and treasurer with the largest police association in Texas, the Texas Municipal Police Association (TMPA).

Mike was raised by a single mother who struggled to make ends meet. She believed that debt was a way of life and encouraged Mike at 18 years of age to get a credit card to “build credit.” This newfound “freedom” to spend money that he did not have soon landed Mike in thousands of dollars of debt. Later in Mike’s life his wife was diagnosed with a long-term terminal illness which was emotionally and financially devastating on the family. With the loss of her income, his inability to work overtime and small children to care for, Mike took on even more debt to stay afloat. Sadly, when his wife passed away, he owed over $150,000 to creditors. In 2013 he was able to pay off his entire debt utilizing the principles taught by Dave Ramsey’s Financial Peace University and has completed all 7 Baby Steps of the Dave Ramsey’s Total Money Makeover.

Mike joined Serve & Protect Financial Texas in 2019 as a wealth manager (CRD#7086514). He coordinates Dave Ramsey’s Financial Peace University classes at his church as well as coaching those who are struggling with financial wellness.

Keaton Burke began his career in law enforcement in 2014 with the Joplin, MO Police Department before moving to Texas and joining the Plano Police Department, serving as a full time patrol officer. He currently holds an Advanced Peace Officer license and has received several meritorious service awards.

Keaton was introduced to the Dave Ramsey’s Generation Change (financial class for teens) at age 15 in his church youth group. Through the class he developed a love for compound interest and a desire to follow Dave Ramsey principles. In 2016 Keaton and his wife, Daryl, went through Financial Peace University, paying off $11,000 in debt.

In early 2018 Keaton discovered he had a passion for helping others deal with financial wellness after helping his immediate family through a difficult financial time, guiding them through budgeting, the aspects of investing, and helping with their overall financial wellness needs.

Keaton joined Serve & Protect Financial in 2020 as a wealth manager (CRD #7226355). He has hosted Financial Peace University at his church and loves helping his fellow law enforcement officers with their finances.